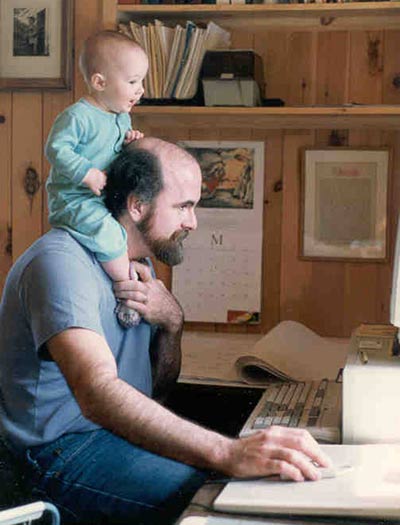 Doug and James started Design Day Mechanicals, Inc. on Saint Patrick’s Day 1988, providing HVAC and Plumbing Engineering services. At that time Doug’s father Larry was part of the team. Larry had started drafting with Doug in 1984 having retired from a long career as an officer in the USAF. Kitty has been keeping (not cooking) the books since the beginning. Rick and Julie came on board in 1991 giving us much need plumbing engineering fire power. James decided to start his own firm in Portsmouth in 1992. Dave G. worked with us after James left until retiring in 2013. Joe Trainor traded his carpenter’s apron for AutoCad in 1998. John joined in 2001 after being trained by Larry. Larry passed away at the end of 2001. Dave M. started working with us in 2008, Monique in 2010, Andy in 2013, Patrick in 2014, and Iris in 2015 (though she may have been surreptitiously apprenticing with Doug after being born into the home office environment in 1991). Mark arrived in 2016, and Ryan and Travis in 2018. Just so you don’t have to add and subtract, there are now fourteen of us. How the heck did that happen?

Though the corporate headquarters is still at Doug and Kitty’s house, there are now ten home offices with three couples sharing three of them. This cuts down on the commutes and keeps our overhead low. Thank goodness for the internet and phones.

You will note a separate section in this web site where short biographies are listed for each of us. While I was writing this History and Philosophy section, I spoke with one of our members about developing his bio. He said he was hesitant, as he felt his formal education was not impressive enough. I reminded him that our team member’s educational background is not particularly important to us (HVAC and Plumbing design skills can be learned on the job). What is more important is having a responsible work ethic, a willingness to continue learning and a drive to produce a fine engineering product that we can be proud of.

One of the operative words in that first paragraph is “with”. From the beginning it was my desire to have everyone understand that they work for themselves and that they work “with” each other. We call it synergy, the whole being stronger than the sum of the parts. It seems to have worked out pretty well.

Through the years, with all the ups and downs of the economy, our work load has increased or at least stayed steady. Our client base of architects, general contractors, mechanical contractors and owners continues to grow and magically always seems to match our current team size. Evidently our clients like our style.